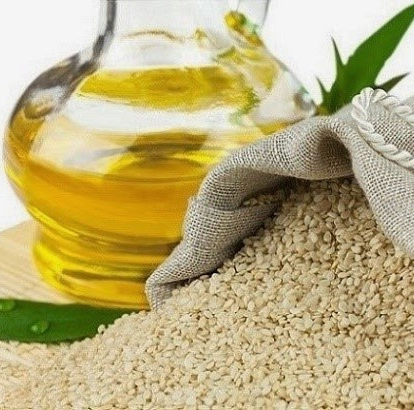 For Online Shopping   For Bulk Enquiry

Sesame oil is an edible vegetable oil which is acquired from sesame seed. Sesame is scientifically known as Sesamum indicum which belongs to Pedaliaceae family. Sesame originated in the Indus Valley of North India, and widely spread throughout Asia.

Properties:
Sesame oil is yellow coloured in appearance and has a nutty aroma and taste. It is rich in nutrients, hence used as ingredients in many food dishes.

Composition:
Its main constituents are fatty acids such as linoleic acid, oleic acid, palmitic acid, stearic acid and other in fewer amounts.